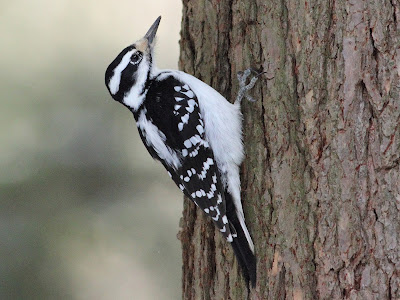 You may remember that we posted a blog about our volunteering work we are doing for Hope For Wildlife.  You can read it here.

Oh YES!  This is the icing on the cake.  The day we dream about.  Every week we transport animals that have been injured, abandoned by a parent, or been hurt by humans.  Today is the best as it is the day the animal is well enough to go back into the wild.

So we drove to the center in New Minas (about a half hour away) and picked up two animals set for release.

The first was a snapping turtle who was getting released near Middleton.

We went back to the park that it was found in and travelled down a quiet path along the water and released him.  Here is the video.

We then continued down the road a bit to Lawrencetown Nova Scotia to release the Woodpecker.  He was very anxious to get out.  Here is how noisy he was in the car ride.  He was pecking hard to get out.

We parked right across from where he was picked up after striking a window and getting injured.  There were lots of trees and no windows in the areas.
Here is the video of the release.

He flew away, right up into the trees and then chirped away.  It felt like he was saying thank you.
Thanks for following along in our journey.  Make sure to subscribe to get notifications when a new blog is put up.

Blogs You May Find Helpful